I have been fascinated with sonifying neural output and simulations of neural behaviour for over 15 years. Obviously not alone in this endeavour, just search Neural Synthesis (Tudor, Prosoniq and Hartmann to name a two starting points). But rather than create a large scale artificial neural network I am more interested in the wide range of patterns that emerge from a small (8 to 12) series of simulated neurons.

By simulated I mean simulations I mean mathematical simulations of the behaviour response or even internal function (shifts in ion concentrations inside and outside the neuron).

By "patterns that emerge" i mean that Neurons send signals to each other when you connect them together, closing them into a neural loop means they fire in a repeating pattern.  You can effect (guide) these patterns by changing the connections between neurons and their response characteristics.

The initial stages of nPlex were developed at a residency at NOVARS with the kind support of Prof. Ricardo Clemet 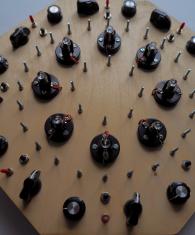 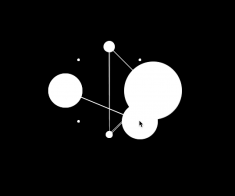 Screen recording of an initial experiment with nPlex